On 1st February 50 of us visited the ‘school’ ~ though what we saw was the superbly restored home of the Frederick family! In some ways they would have recognised it better than us.

The Workshop, the Gym, Headmaster’s office, Secretaries’ office, kitchen and dining room have all been sliced off as if with a great knife ‑ and vanished.

You must imagine the whole interior in sparkling white, woodwork and walls, so that the new buyer can easily put in his own colour schemes. The Halls have fine stone flooring and all the rest of the ground floor is wooden parquet. All the fireplaces have been restored and several new ones added.

The front hall, with stout wooden front doors now, is as it was, with a completely refurbished fireplace. To your right, in place of the boys’ toilets, etc, is a scullery, cupboards and a proper lift to the top floor.

The inner hall, however, is a surprise. The door to the Headmaster’s office is now a large window with a curved top to match the other window, where the display cabinet used to be. Through these windows you see a pleasant cobbled courtyard with a large circular fountain. The staircase has been splendidly renovated. If you then go to the right (towards the Gym) you are in a bright veranda which opens onto the courtyard. Keep going through double doors and you are in a really superb heated indoor swimming pool with jacusi and sauna.

Back to the Hobbies Room ‑ huge in white, with the £65,000 fireplace completely restored and parquet flooring. It looks out over the tennis court, which is brand‑new, and ‘instant’ flower beds all around. (Mr Dobbs said that he would come back to do the garden for them!)

The Library has all been refaced in solid oak: presumably it will also have parquet flooring, as all the ground floor rooms have it. By the way, every single window has been made new ‑ but you would not believe it even on close inspection, except for the fact that they are in such good condition. Superb copies! So have all the interior window shutters.. their brass hinges are supposed to have cost £35,000.

Whittle is as it was, but Parsons’ wall has been moved several feet towards Stephenson, so Parson is now a large living room with double doors leading out, down wide steps, into what will be a splendid garden where the putting green, Mr Kell’s house and the Sports Hall were. It also has a door into the Hall.

Stephenson is a splendidly fitted kitchen, though rather small for such a large house, with a door into Arkwright (as there used to be many years ago).

Arkwright is much as before, except for large French windows also leading into the garden.

Back to the Hall ‑ and remember that Octagon had stripped everything back to the brickwork, replastered (lath and plaster where it had been before) and painted, so everything is in first class condition.

Now up the main staircase which has been splendidly renovated, and carpeted as have both the upper floors. Go through the double doors which now have stained glass in them. Surprise! The staff bedroom on the left, the showers and toilets and the linen cupboard on the right have all gone. There is a very pleasant landing with curved ceiling ‑ and a staircase!! This is a wooden staircase roughly where the linen cupboard was, going up to the top floor, making a 180° right angle turn halfway up.

In front of you was my bedroom and later Mr Cox’s. The door has gone: it has become two luxurious en‑suite bathrooms for the bedrooms on the right (Munnings), which is just as it was, and on the left (Gainsborough), which is L‑shaped, to accommodate the lift.

The bedrooms on the right are en‑suite bedrooms and so is the Staff Room!

Go up to Mr Wood’s/Mr Whitley’s flat and you are in for a shock! First, though, look down to the courtyard where you can see the fountain. The flat used to have a large living room, which is now a bathroom, dressing room and huge cupboards. It then had two bedrooms and a dining room above the Hobbies Room. Octagon removed their walls and ceilings and found the original ceiling high above, just as it has been. These three rooms are now ONE master bedroom, literally the size of the Hobbies Room!

Now up the new staircase to the top floor. You find yourself roughly where the Surgery used to be. The surgery, little corridor, sick room and bathroom have all gone, leaving a large, airy landing. If you now walk round to the back stairs you will find that they have been completely refurbished in oak. Next to them is the lift, which used to be a staff room (Mr O’Keefe in 1959) and later the assistant matron. All the bedrooms at the front of the building are now a complete staff flat. And Constable is to be a ‑ cinema! The matron’s flat is two en‑suite bedrooms and so is the sick room/sewing room. Finally, right by the sick room is a large boiler room, roughly where a bathroom used to be.

Outside, in the front, the old drive has been rebuilt, running across the Front field to a new gateway. In front of the porch is a circular driveway with a raised flower bed in the middle, and a second gate near the cedar tree. Hayward House and Norfolk House have gone to be replaced by 6 (?) large houses, separated from the Mansion by a massive brick wall.

So there you have it ‑ a 9-bedroom mansion, called ‘The Manor House’, as the Fredericks called it, I believe. On the day of our visit Roy Staines described the scene, with the row of cars down the drive, as rather like a funeral, but another way of seeing it is as a rebirth. We borrowed the Fredericks’ house for some 40 years and Octagon have restored it to its original fine state. C.S. 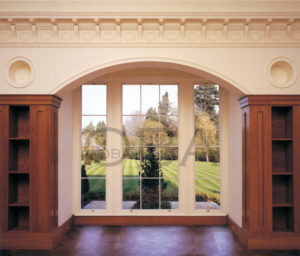 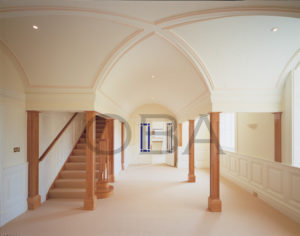 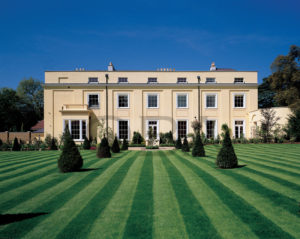 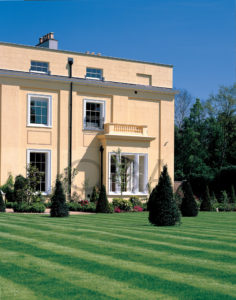 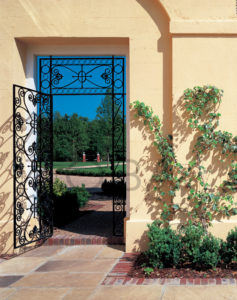 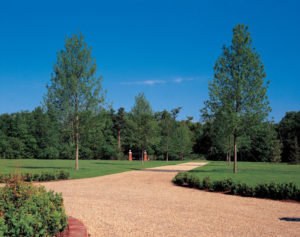 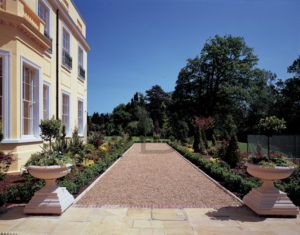 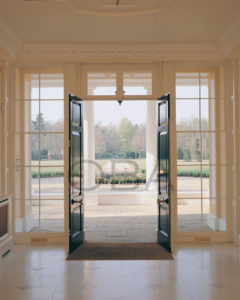 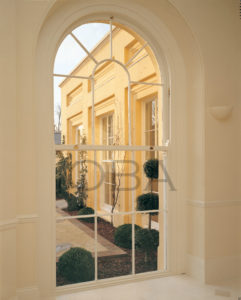 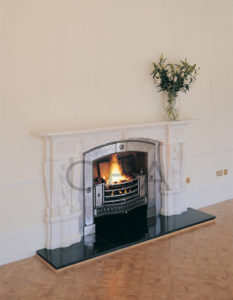 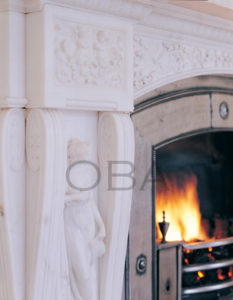 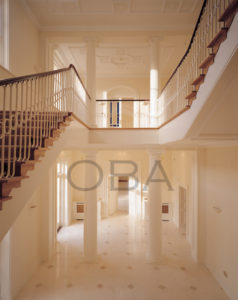 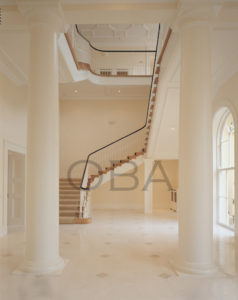 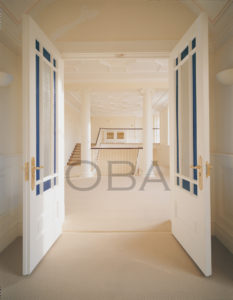 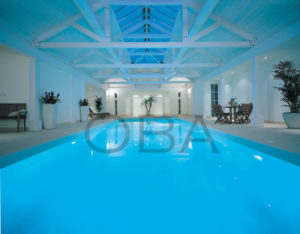 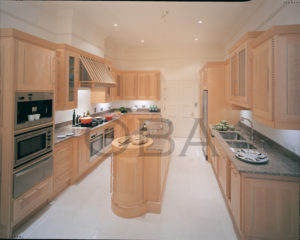 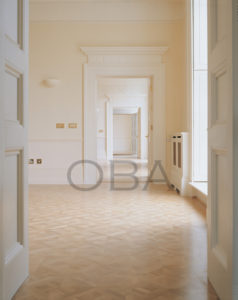 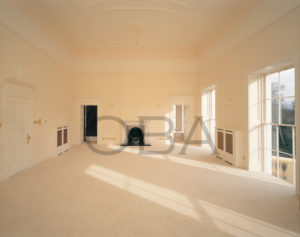 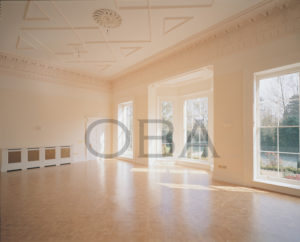 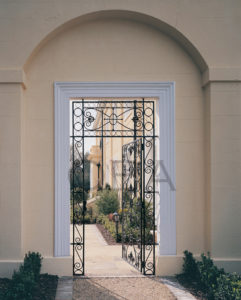 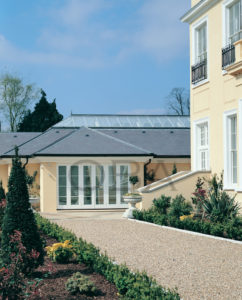 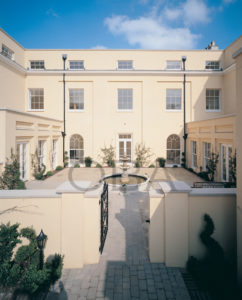 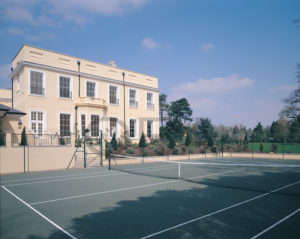 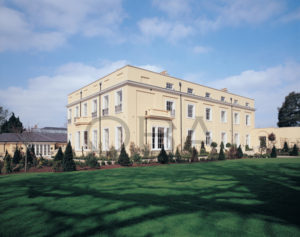 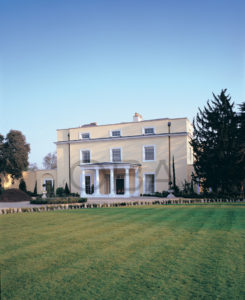